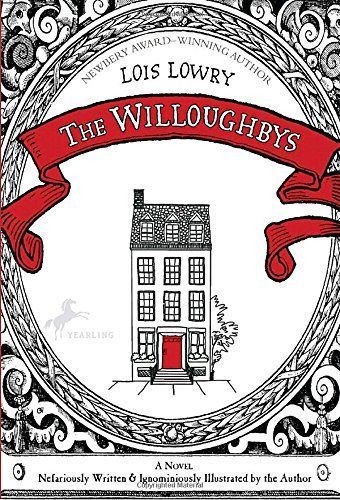 **Description from Amazon: Soon to be an animated film starring Ricky Gervais, Maya Rudolph, Terry Crews, Martin Short, Jane Krakowski, and Sean Cullen! From the Newbery Medal-winning author of The Giver and Number the Stars, comes a "hilarious" (Booklist, starred review) and wonderfully old-fashioned story about a mother an...

The Willoughby’s—Timothy; his twin brothers, Barnaby A and Barnaby B; and their little sister, Jane—are old-fashioned children who adore old-fashioned adventures. Unfortunately, the Willoughby parents are not very fond of their children, and the truth is that the siblings are not too keen on their parents either. Little do the Willoughby kids know that their neglectful mother and father are hatching an evil plan to get rid of them! Not to worry—these resourceful adventurers have a few plans of their own. But they have no idea what lies ahead in their quest to rid themselves of their ghastly parents and live happily ever after.