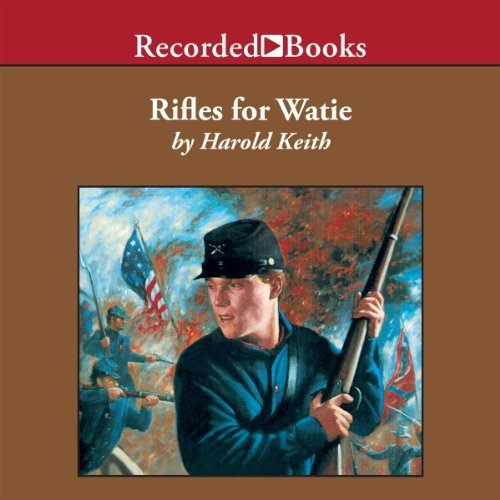 With fighting erupting around his Kansas farm, 16-year-old Jefferson Davis Bussey can hardly wait to join the Union forces. He wants to defend his family from the dreaded Colonel Watie and his Cherokee Indian rebels. After enlisting, Jeff discovers the life of a soldier brings little glory and honor. During battle, his friends die around him. And when he infiltrates Watie’s camp as a spy, he discovers the enemy is much like himself-only fighting for a different cause. As Jeff collects information, he wonders if he will be able to betray his new rebel companions when the time comes for him to return to the Union forces. Historian and author Harold Keith packs this well-researched novel with fascinating details and breath-taking action. Rifles for Watie was named an ALA Notable Children’s Book and won the Lewis Carroll Shelf Award. Believable characters and vivid battle scenes burst from the pages of history with narrator Tom Stechschulte’s dramatic performance.