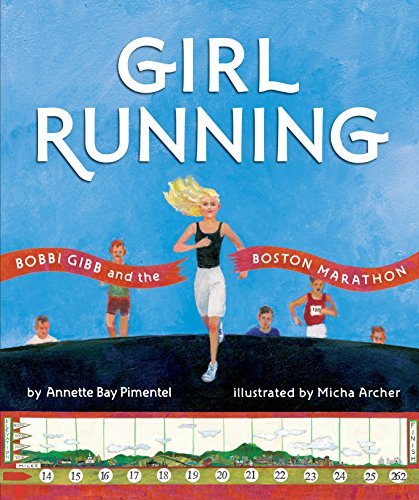 Handpicked by Amazon kids’ books editor, Seira Wilson, for Prime Book Box – a children’s subscription that inspires a love of reading.* "A bright salutation of a story, with one determined woman at its center."--Kirkus Reviews, starred reviewThe inspiring story of the first female to run the B...

* “A bright salutation of a story, with one determined woman at its center.”–Kirkus Reviews, starred review

The inspiring story of the first female to run the Boston Marathon comes to life in stunningly vivid collage illustrations.

Because Bobbi Gibb is a girl, she’s not allowed to run on her school’s track team. But after school, no one can stop her–and she’s free to run endless miles to her heart’s content. She is told no yet again when she tries to enter the Boston Marathon in 1966, because the officials claim that it’s a man’s race and that women are just not capable of running such a long distance. So what does Bobbi do? She bravely sets out to prove the naysayers wrong and show the world just what a girl can do.