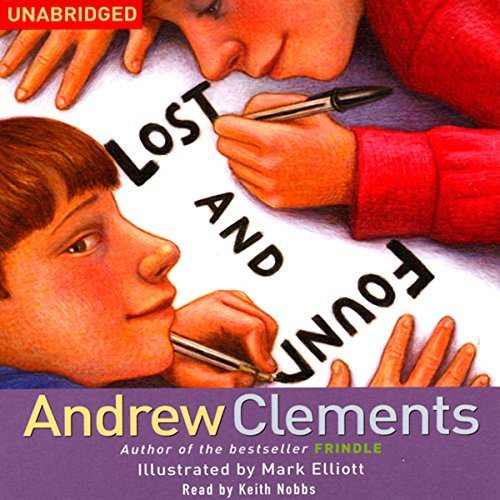 The Grayson twins are moving to a new town. Again. Although it’s a drag to be constantly mistaken for one another, still, during those first days at a new school, there’s nothing better than a twin brother. But on day one of sixth grade, Ray stays home sick, and Jay is on his own. And–no big deal. It’s a pretty nice school, good kids too. But Jay quickly discovers a major mistake; no one at this school seems to know a thing about his brother. Ray’s not on the attendance lists, doesn’t have a locker, doesn’t even have a student folder. Jay almost tells a teacher, but decides that this lost information could be very…useful. And fun. Maybe even a little dangerous. As these two clever boys exploit a clerical oversight, each one finds new views of selfhood, friendship, learning, and honesty. Entertaining and thought-provoking, this is Andrew Clements at his best.